Napa valley, a famous wine region in the United States, Napa has a special charm in winter. Although it does not have the colorful spring, it has its own purity and simplicity. Not as hot as summer, but have their own calm and perseverance; Not as fruitful as fall, but they have their own convergence and wisdom.

Love wine. Napa line! In the winter of 2018, Ms. Zhang Haiyan, CEO of Meitao, and Mr. Zhang Jianwei, president of Meitao, will take you back to Napa in winter. The first stop is Sterling Vineyards, the Vineyards of California’s Napa Valley, a wine pioneer in Calistoga. Winery in the local wine more than 50 years of history, wine lovers recognized and respected. 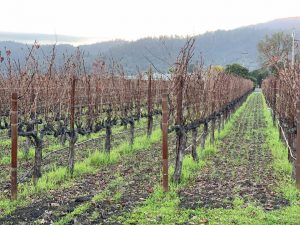 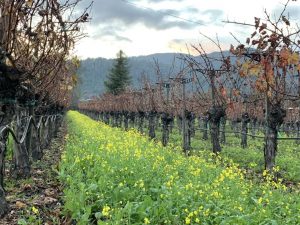 In 1964, Peter Newton followed the pattern of Greek monasteries to establish the chateau DE sering. Peter’s wife, Lin Su Hua, descended from Lin zexu. Many professional wine tasting magazines have stories about her. Lin shuhua was not only a model and journalist, but also a very good winemaker. Sterling is also the first winery to offer self-guided Tours. With its superior location and unique cable-car facilities, the winery quickly established its reputation in the Napa valley for tourism and wine making. In 1982, the winery was sold to Seagram, a Canadian drinks company, which was later acquired by Diageo, a British drinks company. In 2015, syringe became part of the Australian Wine giant Treasury Wine Estates. Today, in addition to producing excellent wines, Sterling winery has become a landmark attraction of Napa valley with its unique architectural style and charming scenery, and has become one of the most popular wineries in Napa valley, attracting millions of tourists from all over the world every year. 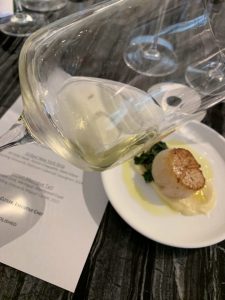 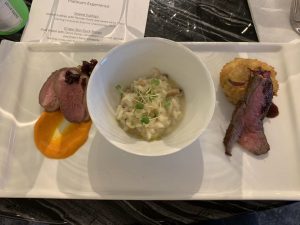 The combination of food and wine.

With more than 486 hectares of vineyards in the Napa valley, Sterling is one of the largest wineries in the Napa valley. Because of its wide range of vineyards, syringe has an outstanding variety of local conditions. The main grape varieties grown in the estates are Cabernet Sauvignon, Merlot, Zinfandel, Sauvignon Blanc, Chardonnay and Semillon. 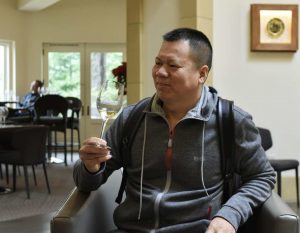 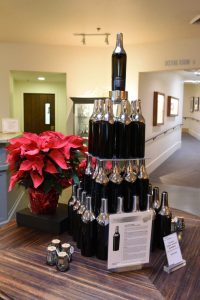 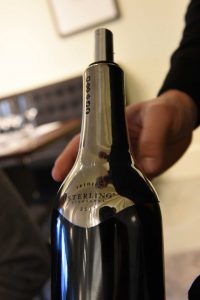 Syringe is brewed by the celebrated winemaker Harry Hansen. Harry graduated from the top school — the University of California, Davis — with a degree in genetics and returned to his Alma mater to pursue a master’s degree in winemaking after several years at work. After graduation, harry gained extensive experience working in winemaking in places like Sonoma County. When making white wines, the chateau presses the whole bunch of harvested sauvignon blanc and chardonnay. Most sauvignon blanc is fermented at low temperatures in stainless steel tanks to maintain a distinct fruit flavor, while a few are fermented in oak barrels. After fermentation, the wine will be aged in stainless steel tanks for several months. Most chardonnay is alcoholic fermented in oak barrels. After fermentation, it is aged in wooden barrels for more than 12 months. Some of the liquor will be malolactic fermented and stirred in barrels. When making red wine, grapes are screened by hand and fermented in large oak barrels (a few in stainless steel tanks) after crushing and pealing, using only natural yeasts. After fermentation, the liquor is aged and malolactic fermented in oak barrels. Aging time varies from 12 to 24 months depending on year conditions, grape varieties, etc.

Thought to make the Wine quality is good, its production of Napa valley, the collection (Reserve, the most high-end series), Single (Single Vineyard), Wine Cellar Club (Cellar Club, provided by the Club members only limited edition Wine) and so on many series Wine, there was much money in the history of Wine in Wine observers (selections) one hundred big Wine list, for the Wine with high international reputation. (from wine world)